British food was the highlight of an event held by Brakes in conjunction with Love British Food to prepare for British Food Fortnight.

British food was the highlight of an event held by Brakes in conjunction with Love British Food to prepare for British Food Fortnight.

Bacon baps made with Red Tractor British rindless back bacon for breakfast, followed by a short introduction from Oli Blanc, an ambassador for Love British Food, kicked off the event, which aims to get chefs and caterers to use and promote British food during British Food Fortnight, which runs from 22nd September until 7th October.

“According to data from Love British Food 56% of Brits are looking for locally sourced ingredients on a menu and 74% claim they would like more foods made in their local region or close by,” said Brakes brand manager Laura Stockley. “And, although Brits are dining out less frequently, we know that when they do they’re willing to spend more. This, coupled with the fact that they’re looking for provenance, represents a good opportunity for premiumisation. Furthermore, the most important categories to focus on in order to add this provenance, regardless of the sector or customer, are dairy, meat and fish.” 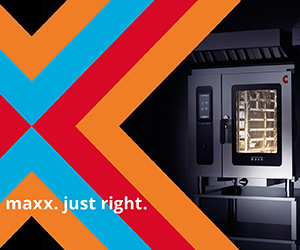